Expand and collapse the sections below by clicking on the title or + / - icons.

Open or Close all sections


Predation of a wide range of other invertebrates, including potentially serious impacts on honeybees.


Mainly in areas with deciduous trees where nests are built; sometimes in or around buildings where these provide suitable nest sites.

The area bordered by Northern India and China, as well as the Indo-Chinese peninsula and Indonesian archipelago. Individuals of the sub-species nigrithorax, introduced into France, are presumed to be from China. The climate of their native range in continental Asia is similar to that of Southern Europe.

First recorded in France in 2005 and thought to have arrived in a container of pottery from China before 2004 through the port of Bordeaux. It has since spread rapidly throughout neighbouring départements. Breeding was also confirmed in northern Spain in 2010 and Belgium in 2011. Recorded from the Channel Isles in the summer 2016. First record in GB was received in September 2016.

The egg-laying period is variable as the activity of fertile females depends on temperature and adequate feeding of the queen. Therefore, although queens may start laying some eggs in February, founding of nests may be later. In sub-tropical Asia colonies are not perennial; new queens over-winter alone or in small groups in cavities. In France it is unlikely that nests will contain living colonies during the winter; queens that have successfully over-wintered leave their shelters in spring to found a nest elsewhere. However, during the warm, damp winter of 2006/7, while single over-wintering queens were found in cavities in France, the nests remained occupied by workers until at least December. One queen creates only one colony per year.

In Aquitaine, France during the pre-winter decline of the colony, green woodpeckers, jays and tits were seen pillaging nests and eating the remaining larvae. It is unclear what, if any, other predators target Asian hornets.

Active nests can be difficult to find, despite their often large size, as they can remain hidden until autumnal leaf fall.

In France, this species nests in tall trees in urban and rural areas, avoiding conifer stands. Nests have also been found in garages, sheds, under decking, and rarely in holes in walls or in the ground.

Predator of social wasps and other bees, including honeybees, and also consumes a wide variety of other insect and spider prey. So far, predation of honeybees in France appears limited to adults rather than the juveniles. Observers in France noted that the hornet hovers over the entrance to a beehive at a distance of 30–40 cm, then tries to catch foragers, primarily those returning with nectar or pollen. The hornets charge them from below and force them to the ground before paralysing and carrying them away. Each hornet only consumes a portion of the prey itself, the remainder being pulped for use as larval food. The hornets make numerous attempts to access beehives, especially late in the season (September to December) when the production of new queens makes high demands on hornet workers.

In Kashmir and China, Asian hornets are considered a major predator of honeybees with reports that it can destroy up to 30% of a colony of the Asian honey bee Apis cerana, although specific details are difficult to find. Hornet workers attack honeybee guards one by one before robbing their brood nest to feed their own larvae.

Later in the season they are particularly attracted to ripe fruit. Overall, their diet depends on what is locally available, the state of the colony’s development and competition from other predators. As for honeybees, hornets require sugars (energy for the adults) and proteins (nourishment of the brood).

Potential health impact through stings; although painful, Asian hornets are not considered especially aggressive, although care needs to be taken to avoid close proximity to nests which may be more problematic if nests are in or around buildings. Multiple stings may cause more serious health problems such as severe isolated arterial hypotension and ongoing neuralgia in the region of the stings.

Losses of commercial (large- or small-scale) honeybee products. Possible costs due to replacement of damaged colonies. Costs, including time, associated with searching for, and destroying, queens and nests.

Find more information about this alert and the full list of alert species.

Find out how to record your sighting. 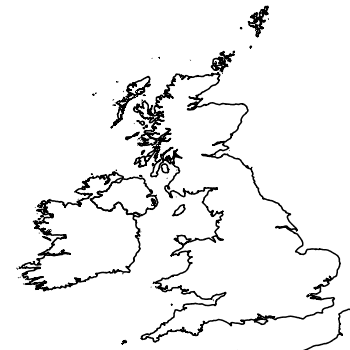 A horizon scanning exercise conducted in 2019 identified this species as one of the top 30 non-native species most likely to become invasive in Britain over the next ten years.